Find Your Next Great Read Here


Hello Reader Peeps!
Welcome to Saturday Snippets where I present to you some fun and interesting reads from a variety of genre's. I'm also giving 1 lucky blog commentator a chance to win a $5 Amazon Gift Card. Check these stories out... 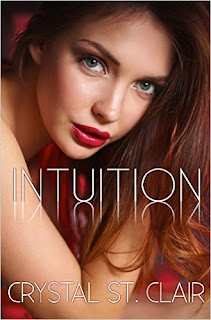 
MY NAME IS DESTINY, A FACT I APPRECIATE, SINCE I'VE ALWAYS FELT LIKE I HAVE ONE.
I live in the fast lane, which runs right through a world of expensive cars, designer bags, and top-of-the-line everything else – none of which I get to experience.

I'm not fancy; I never have been. If there's one thing I know, it's that the world is quick to put labels on everyone and everything, but what a label can't do, is tell you who you really are.
I've come a long way from who I used to be. Ten years ago, I was dependent on others, lacking in direction, and ... in love with Sebastian Medina.


He captured me with his chocolate-brown eyes and his reckless heart. I gave him everything I had to offer back then, even the most sacred parts of my heart and body. When he left, he took my virginity with him. My heart was in tatters.
So, I started trying to put the pieces back together. I went to law school, became independent. Now, he's come back, and the only thing I haven't been able to do is mend my broken heart.


I've followed my intuition, and let him back into my life, but it's carried with it a price. His past has come to haunt us, and the life I've carefully constructed for myself is in danger of being lost ...
BUY LINK 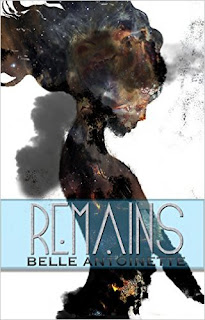 
"WHAT KIND OF MONSTER ARE YOU?"
Most believe supernatural beings to only exist in fairy tales. For Victoria Wesley, a hot-headed teenage witch with a chip on her shoulder, the supernatural world is all too real.
Four years ago her parents were slaughtered for inexplicable reasons. As the sole survivor of her family, Victoria sets out to bring their killers to justice. In her determination to find out who was responsible she meets a group of young witches and a mysterious vampire named Adrien who make her question everything she thought she knew.
The world of the supernatural is far more complicated and dangerous than she ever realized. When ulterior motives are revealed knowing who to trust proves to be the hardest decision she’s ever made. When the lines between right and wrong are blurred Victoria has to figure out how far you can go before you become one of the bad guys. Will Victoria be able to get what she wants without losing sight of who she is?
Will she make it out of this alive?
BUY LINK 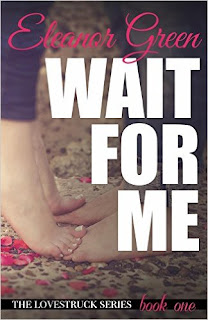 Wait For Me by Eleanor Green

Cooper Sterling has been in love with Briley Sheffield since fifth grade, when he asked her to marry him on wide-ruled paper crafted into the fold-and-tuck square.
But life isn’t that neat and tidy.
Years later, defending Briley from an attack lands Cooper in prison, powerless to protect her and unable to convince her to wait for him.
When a failed engagement opens up the possibility of a relationship with Cooper, a mysterious envelope threatens to slam shut every door in Briley’s path. Now she must choose . . . risk the stability of friendship she has with Cooper, or put everything on hold and solve the mysteries of her family secrets.
Wait for Me is a steamy full-length, contemporary romance. This is book one in the LoveStruck Series and can be read as a standalone.
BUY LINK 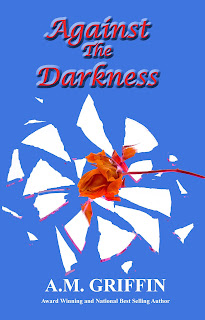 Against The Darkness by A.M. Griffin


“Shayla,” I say with my voice in a mixture of a whisper and whine. I’m scared to say anything louder.
Stomp, stomp, slide.


My left.
I peer in that direction, lifting my sword, pointing it to whatever will come at me. It shakes in the air, my hands almost too unsteady to hold it.


Stomp, stomp, slide.
Shayla approaches my back. “Your turn.”


Stomp, stomp, slide.
“Something is here,” I choke out.


She inhales sharply and steps back, away from me. Only after I feel the tug on the back of my shirt do I realize that she has me, pulling me with her. I take a slow deliberate step back and then another, letting her guide me as I keep my eyes peeled for them. We move to the far corner of the room. All the while the stomp, stomp, slide comes closer and closer, louder and louder.
Briefly I wonder if they can hear it in the basement. They have to. Will they come up and save us? Could they even risk it? I don’t think so. We’re on our own until the aliens leave.


I know we’re at the wall when Shayla stops abruptly and she leads me to rest my back on the wall. We’re standing side-by-side, but I get the feeling that I should stand in front of her. I’m the only one with a weapon. So I do.
“No,” she whispers. “What are you doing?”


“I have a sword.”
“Yeah, one that you’ve been having for all but five minutes.”


“Shhh,” I hiss.
After a blink, it’s there, blocking the entrance. A lizard, green and scaly. Eight feet tall, rippling muscles, staring at me with yellow eyes with black, diamond-shaped iris.


How can a lizard be muscular? My mind screams.
I whimper as it stares down at me, its breathing heavy.


A warm rush of urine travels down my legs.
Shayla’s scream seems to pierce through me.

Two ways to WIN a $5 Amazon GC
~ Leave a comment and or TWEET a message (using Rafflecopter)~
For more chances to win subscribe to my blog and don't forget to tune in to next Saturday's Snippets.
a Rafflecopter giveaway