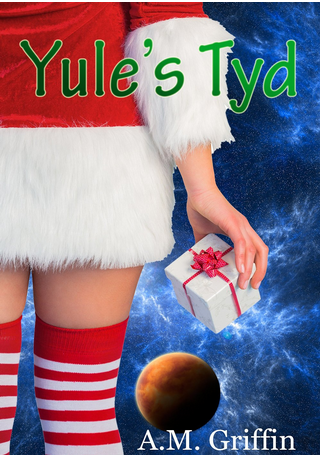 A.M. has a new book release, Yule's Tyd. The book released November 12 and is a quick read of 34 pages.

Yule’s done what was asked of him, so soon he’ll be free and able to travel the universe, or return to his ancestral home, Earth. He should be ecstatic, but what fun will there be in discovering what lies beyond the remote outpost if his best friend, the station’s Artificial Intelligence sentinel Tyd, can’t come with him? Tyd’s taught Yule so much, has kept him sane during his service, and Yule can’t imagine life without his friend.

He also doesn’t know how much longer he can go without some kind of physical contact. Projected images of women on his wall and fantasy encounters just can’t satisfy him anymore. But Christmas is coming—although Yule neither knows what it is nor cares—and Tyd has arranged a very special gift. One that will change everything.

You can grab your copy here:  http://www.amazon.com/dp/B00PBGX8NO

And don't forget to leave a review!! 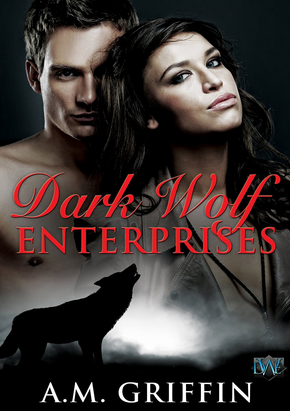 Book One Dark Wolf Enterprises will be released on Wednesday November 19. This story was included in the Brought To His Knees Anthology.

Blurb:
The big break Trudy Hollander’s small accounting firm needs has finally arrived, but unfortunately it comes with murder, mayhem and Kristof Farkas, a man she just can’t seem to resist. Even worse, Kristof is the CFO of Dark Wolf Enterprises—the one person who can pull the plug on the job that will take her company to the next level.

Kristof has no intention of giving in to his inner wolf and claiming Trudy. She’s human. Too fragile to withstand being a shifter’s mate. But the need to protect her is stronger than his resolve, and his desire is more powerful yet. He’ll fight with everything he has to keep her safe, both from those who would hurt her, and from himself.

Please leave a review when you're finished reading the book!