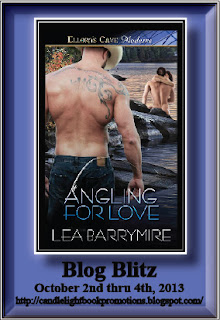 
- Entering this contest means you have read, understood, and agree with all rules and regulations stated.- Entrants must be 18 or older (or age of majority in your country) to enter and to win.- No purchase necessary.- Void where prohibited.- All stated rules are subject to change without notification or reason given.- Chances of winning vary widely based on the number of entries received.- Prize is as stated. No substitutions or exchanges. Residence of the United States only.


About Lea Barrymire:
Lea lives in Western New York with her hubby, three children, and miscellaneous critters. Before the rugrats, she lived a life of adventure, following her husband all over Europe with the US military. She’s slept in a car outside Paris, drove six hours just to see tulips in the Netherlands, and knocked ash from her shoes at Pompeii. Now she spends her time in life’s adventures at soccer games, PTA meetings and school plays.

Lea has loved reading from a very young age, spending many sleepless nights devouring books. Science fiction and paranormal were her favorite genres to read as a teenager, and that love bled into her adult life. She started writing during a bout of insomnia, to fill time, and found it filled a creative void. Now she communes regularly with the characters in her head and tries not to laugh out loud when they say something funny. 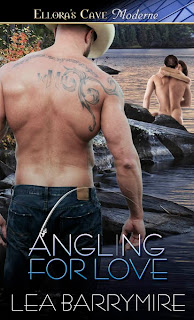 Blurb:
Arin Walters decides that after ending her long-term relationship with her cheating boyfriend, she needs a vacation in the Montana mountains. She packs her fly-fishing gear and heads off for a week of relaxation and emotional healing.


Brent and Jared have been best friends since childhood. The abuse they suffered as children binds them together. They want a woman to share and build a life with but they’ve been burned in the past.

When Arin shows up at their fishing lodge, sparks fly and all three feel the beginning of something they crave—acceptance and love. Now they must hope that the passion between them is enough to help them leave the past behind.

She squeaked when two tanned hands cupped her breasts and squeezed the flesh. Seeing them both touching her set something free inside. She’d known this was going to happen, known she wanted it, but to see it was something different. It was so right. Jared’s rougher hand skated down her stomach as Brent kneaded her breast and teased the nipple. She watched with rapt attention as he bent and swept his tongue over the nub. She moaned as Jared mimicked the move on the other side.


“Keep your eyes open and watch us.” Brent’s command was punctuated by another hot swipe of his tongue.


They each pulled a nipple into their mouth, swirling tongues around the contracted flesh. Her belly shook from the sensation. Hot hands slid down her stomach and pulled her thighs apart. She grabbed handfuls of their hair to give herself something to hold on to. Her body was going to explode in moments, and she needed an anchor.


“Spread your legs for us.”

She complied quickly, shifting her knees so her legs were wide open. She watched Jared shift between her legs and stare up her torso with the sexiest grin she’d ever seen. She had to release her hold on his hair as he slid down her body. He placed warm kisses over her belly, circling her belly button, then hovered over her pussy. She held her breath, waiting. The image was already feeding her need. She could almost feel his tongue on her clit. Never had she wanted someone’s mouth on her cunt so badly. Hot puffs of air teased her and a rush of moisture coated her pussy.


A moan escaped her lips when he looked up at her as he lowered his mouth to her. Fingers spread her lips apart a heartbeat before his tongue snaked out of his mouth and took a slow swipe along her folds.
“You like watching Jared go down on you, don’t you?” She turned her gaze to Brent and found him watching Jared as well. He slowly slid his gaze up her body, like a heated caress. When his eyes met hers, she melted. Need, pure and simple throbbed between them.


When he bent to capture her nipple again, she couldn’t keep her eyes open any longer. Sensations so strong had her back bowing and a whimper on her lips. Fingers stroked in and out of her pussy while hot lips tugged on her clit. Wet kisses and sensual licks had her on the edge of a release in moments. Brent’s hand wrapped around her other breast, tugging on the nipple in time to the suckling of the other.