Welcome to the Six-Pack Stud-A-Thon! You'll get to see tons of smexy pictures of hot guys with hot bodies. Eye candy and a chance to win prizes. What more could you ask for?

Enter here for a chance to win the grand prize: 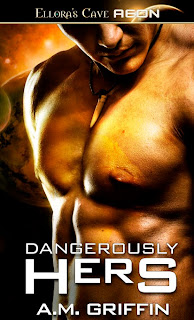 
Jess hates aliens. After the invasion that destroyed Earth, the extraterrestrial bastards sold her to a brothel as a sex slave. She may have escaped but the old memories and fears still linger in the dark corners of her mind. Supposedly Sonis is just the place for her—somewhere safe, where she can heal and start fresh. She’s almost hopeful…until she meets Rasha, her new boss.


Rasha, Captain of the Sonis Royal Guard, is a warrior through and through. He’s huge, sinfully sexy and could have any woman on Sonis—but the woman he wants is Jess. He’s very much an alien and Jess knows she should hate him or at least be wary, but whenever he’s around, she loses control. She tells herself it’s only sex—amazing, mind-blowing sex like nothing else she’s ever experienced—but there’s something about Rasha that shakes her soul. The feel of his skin against hers, the look in his eyes as he touches her—they make her want to believe it’s possible to find love and begin again.

Don't forget to visit the other stops on the hop! HERE