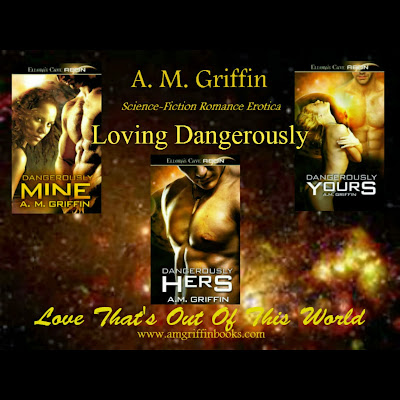 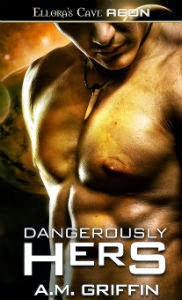 Jess hates aliens. After the invasion that destroyed Earth, the extraterrestrial bastards sold her to a brothel as a sex slave. She may have escaped but the old memories and fears still linger in the dark corners of her mind. Supposedly Sonis is just the place for her—somewhere safe, where she can heal and start fresh. She’s almost hopeful…until she meets Rasha, her new boss.

Rasha, Captain of the Sonis Royal Guard, is a warrior through and through. He’s huge, sinfully sexy and could have any woman on Sonis—but the woman he wants is Jess. He’s very much an alien and Jess knows she should hate him or at least be wary, but whenever he’s around, she loses control. She tells herself it’s only sex—amazing, mind-blowing sex like nothing else she’s ever experienced—but there’s something about Rasha that shakes her soul. The feel of his skin against hers, the look in his eyes as he touches her—they make her want to believe it’s possible to find love and begin again.


Other Books in this series: 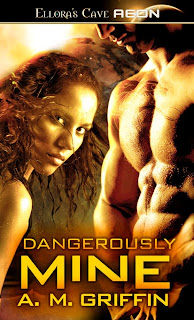 Blurb:
After aliens invade and conquer Earth, Eva is transported to a distant slave trading planet. Escape and freedom are her only priority, but none of her martial arts training prepared her for what she faces. She finds herself enslaved to the warrior King Taio. Eva’s drawn to this sexy alien male who ignites her heart and body.

Taio is disgusted with the idea of owning a slave—until now. From the moment he sees her, he knows Eva is his for the taking. Torn between lust and duty, Taio knows nothing will stop him from protecting his little warrior.

Publisher’s Note: This story was previously published elsewhere under the title Taken: Eva and has been revised for Ellora’s Cave.

Excerpt:
“I wonder what he sees in you,” Sa’Mya said.
She leisurely skimmed the water’s surface with her fingertips. Recognizing a rhetorical question when she heard one, Eva didn’t respond. “I am offering him all of this.” Sa’Mya ran her wet hands down her voluptuous body.
Her double-D breasts hung ripe and full. Her neatly tapered waist led to full-sized hips, a round ass and, of course, long, shapely legs.
“You have the body of a child.” Sa’Mya sneered.
I could apply a small amount of pressure to her windpipe.
Clearly the princess didn’t know anything about fighting. Talking smack while your back is to an opponent was a no-no.
“It’s clear he can’t keep his hands off you. I smell your scent on him every time he comes near me. Gads. When does he not have his cock in you?”
Eva chuckled. That was her intent, to mark Taio with her scent, hoping all the other females would get the idea and go home.
Sa’Mya whipped her head around to face Eva. “Let’s see who’ll have the last laugh when I bond with him.” Sa’Mya smiled. “I think I’ll give you to the guards, to do with as they please.”
Eva straightened on the ledge. “He’ll never share me with anyone else.” Eva met her eye for eye.
“You think not?” Sa’Mya pushed off the ledge with a malicious smile across her lips. She turned around to stare at Eva. “You’ll never be able to compete with me.”
“I’m not trying to compete with you.” Bitch.
Sa’Mya took a step closer, her eyes downcast. “What does he find so interesting down there?”
Eva snapped her knees together.
“Let me see.” Sa’Mya demanded.
“No.” Eva swung her legs around to propel herself to a standing position.
“Make one more move and I’ll have you taken to the guards right now.”
Eva stopped, her legs propped on the ledge. “Taio wouldn’t let you.” But unfortunately he wasn’t here right now.
“Of course.” Sa’Mya tilted her head. “He would be upset if his precious royal guards ran through his pet.” She shrugged. “But then the damage would have already been done. Wouldn’t it?” Sa’Mya’s unblinking, gold-speckled eyes rested on her.
Eva froze. This bitch was crazy enough to follow through on her threat. Eva wasn’t worried that the guards would rape her. She would kill anyone who tried. It was Taio she worried about. She didn’t want to cause any more trouble between her and the guards.  Eva lowered back onto the ledge, dangling her legs in the water.
Sa’Mya sauntered forward until she was standing in front of Eva, putting a hand on her knees. She pried her legs open slightly. Sa’Mya squinted and focused on the nest of dark curls.
“It looks normal. Is there something about it that would appeal to him more?”
Another rhetorical question, Eva kept her mouth shut. Sa’Mya trailed her hand from Eva’s knees to her folds, parting them with two fingers.
“What exactly are you looking for? If you haven’t noticed, I’m a female.”
Sa’Mya ignored her. “What is this?” Sa’Mya pointed to her nub that jutted out from between her exposed folds.
“It’s called a clit.”
“What does it do?” Sa’Mya placed a finger on it.
Startled, Eva jumped. “It doesn’t do anything.” She flicked Sa’Mya’s finger out of the way. “All human females have one, it enhances sexual feelings.”
“I want a better look. Spread your legs wider.”
“They’re wide enough,” Eva ground out. She had as much as she was taking from the bitch princess. The inspection was more extensive than Taio’s.
Sa’Mya dug her nails into the skin of Eva’s knees. “Either you can open them or I’ll have one of the guards hold your legs open for me.”
Eva thought on it for a second. This was embarrassing enough.
Oh how I want to kill this bitch.
“When Taio left me in your care, I highly doubt this is what he had in mind,” she said.
Sa’Mya’s nails dug deeper into her flesh. “Take it up with Taio when he returns.”
Oh and I will.
She opened her legs.
Sa’Mya smiled triumphantly. “A clit, you said? What an odd name.” Sa’Mya inspected the little nub. “How does it ‘enhance sexual feelings’?” The tip of Sa’Mya’s finger ran across the nub again.
“Nerves, it’s got nerves in it,” Eva said through clenched teeth. “And it’s very sensitive.”
Sa’Mya pointed and eyed Eva’s slit, tilting her head to the side. “Look there, such a tiny opening for such a large male. When he fucks you, does it hurt?”
Surprised, Eva asked, “Have you ever been with a male before?”
Sa’Mya closed her eyes. “Slave, did I give you permission to ask me questions?”
I am going to kick this bitch’s ass.
Opening them again, Sa’Mya slid her thumb inside Eva’s sheath.
Eva jumped back. “You’ve gone too far. What do you think you’re doing?”
“I want to know what makes you so special.” Sa’Mya leaned in closer and pushed her thumb deeper inside. “This is too tight. He must be huge, how does it fit in here?”
Nope. This nut is definitely a virgin.
“It just does.”
Satisfied with her probing, Sa’Mya put her hands on Eva’s knees, spreading them wider. She kneeled on the submerged bath bench, her nose inches from Eva’s pussy.
Sa’Mya leaned in closer and inhaled sharply. “Maybe he’s attracted to the smell. It is quite intoxicating.”
Sa’Mya had spent the better part of the day using her. So she shouldn’t feel guilty about what she was about to say.
“He likes the taste.” Nope, no guilt at all.
“What did you say?”
Dangerously Mine - "Both hero and heroine were engaging, amusing and entertaining in their own ways. And the chemistry these two had was off the charts. Reminiscent of a harlequin romance with the drama and misunderstanding, make no mistake this book had singeing heat as well." NightOwl Reviews: 4.5 Stars Top Pick 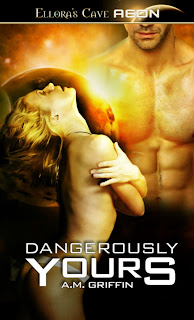 
His cock throbbed in response to her touch. Groaning, he grabbed her hand and led it to his shaft. Anna moaned deep in her throat. He wrapped her delicate palm around it, encouraging her to stroke it.
“Mm,” she moaned.


His cock jerked in her grasp. She stopped.
“No, don’t stop,” he pleaded.

Anna’s hand encased him again, stroking faster. His pre-cum began to coat his slit. She stopped to run her finger across it and scoop it up. The licking coming from her lips made him want to explode on the spot.


Music played again. She fisted him, stroking up and down. She stopped only to taste the fruits of her labor. Damn, if he let her continue he would end up spilling his seed on the sheets.
Kane rolled to his stomach and pinned her beneath him. He nestled between her legs, where his bare chest rubbed against silk. He began to trail kisses along her slender neck to her breasts.


He reached under to palm her plump, round ass. Digging his fingers in her soft flesh, he squeezed, pressing his cock on her slick valley. Her sticky wetness coated him as he rubbed his hard length across her folds. The sensitive ridge of his cock brushed her opening with each passing.
Her hips rotated and moved in time with him. One hand cradled his head while the other grabbed his ass. He planted light kisses around the swell of her breast. Her breasts were larger than normal, voluptuous even. Pregnancy was treating her body good, plumping her up in all the right places. She held onto the back of his head and fed him her erect nipple.


Anna had never been the aggressor in bed. “I like this side of you,” he groaned.


Obliging, he latched onto the nipple that brushed his lips. She squirmed and moaned under him. Within moments her legs were wrapped around his waist. His lips tweaked and tugged the bud, teasing it.


He flicked his tongue over her erect tip before blowing cool air over it. She raked her fingernails through his hair, urging him on. He took care to suck, squeeze and nibble until she bucked beneath him.


She arched her hips, grinding on his hard shaft. Her slick juice was proof she was ready to receive all nine inches of him. He couldn’t resist the heat radiating from her valley any longer. He planned to bury his dick balls-deep in her tight sheath and make her scream out tonight. The neighbors could give them funny looks in the morning, he didn’t care.


He trailed a hand over her flat abdomen.


Shaking off the fleeting alarm, he continued to her folds—hairless folds.


Since when did Anna get Brazilian waxes?


Kane shrugged it off and let his fingers slip farther to part her plump lips.
What the fuck? Where did her clit go?