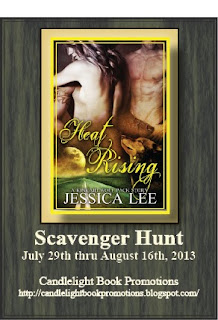 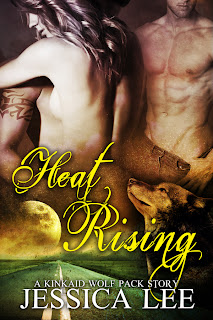 
Each stop contains a question that must be answered to earn the extra points/entries. The questions can be answered by visiting earlier posts. Each day the answers MUST be entered in the Rafflecopter for the ‘extra entries’. Good luck!


What is the name of the pack that is threatening war with the KinKaids?


Landry Michaels, lead enforcer for the KinKaid pack has a secret. Well…make that more than one. He’s in love with the alpha’s sister, Rosa, and his best friend, Kaleb. Wouldn’t be so bad if having either of them was in the realm of possibility. Landry’s past, and his present, contain one too many stains, making him a bad fit for the pack’s beauty. And when it comes to Kaleb… The fact the male is straight is only the beginning of why he’s “hands off”.


Kaleb Dalton is a male who has it all. A great family. A job that allows him to work every day with his best friend, Landry. Everything should be great, right? Except for the fantasies about his partner that plague his days, and the desires for Rosa that taunt him in his dreams at night. Two people, if he had half a brain, who should not be on his short list for lovers. As a male who’s earned his reputation as a player, settling down with Rosa is out of the question.  As for Landry…? Kaleb’s heterosexual, born and breed from one of the top families in the pack—so what the hell is the other male doing in his daydreams?


Ever since she was a little girl, Rosa Kinkaid has had Landry and Kaleb’s attention. But it was never anything serious. They were friends. Besides, there has always been plenty of time for her to choose a lover—a mate. Her family needed her, and they came first. Until now...


But that's not there only problem. The KinKaid and Gregorson pack are on the verge of war. And there are long-buried family secrets, feelings, and hidden desires rising to the surface along with Rosa’s heat. Some will be shocking and others more disturbing than any of them are prepared to handle.


“Evin!” Rosa shot upright in bed, her fingers curling in the thin cotton over her chest. Fear coiled around her heart like a gnarled vine, threatening to snuff the organ’s next beat. Something was wrong with her twin. She threw back the covers and tore from the bed, snatching her robe from where it draped over the footboard.


For as long as Rosa KinKaid could remember, she had been gifted—or plagued, depending on the day—with the ability to sense or foretell trouble, especially when it came to her twin, Evin.


Tonight was one of those moments.


A choking wave of dread had washed over her in her sleep, jerking her into consciousness. Unlike last night when a fog of unease had settled in her bones, waking her, sending her out to the alpha’s home to check in on the pack. That particular event had been triggered when several of the wolves that roamed the KinKaid territory had been killed by the Gregorsons.


But not this time. This time the feeling was more personal, more urgent, and demanding. Her stomach roiled at the what ifs screaming through her mind.


Rosa grabbed her cell from the dresser, located Evin’s number in her favorites, and tapped his name. Pacing her room, she waited for him to pick up. Come on. Come on. But after a few rings, the call rolled over to his voicemail.


“Damn!” Her brother, their alpha, was in trouble. And she had to find him.


Downstairs, Rosa grabbed her keys from the shelf by the backdoor and bolted from her house. The drive across the property to Evin and his mate’s cabin would only take fifteen to twenty minutes, but she’d never felt further away from her brother in her life. If she’d still lived with her mother and father, Rosa would have been able to shave five minutes off the trip. But at twenty-six, and with certain new changes awakening inside her, staying within the confines of her parents’ home was no longer an option.


Her hands shook as she tried to find the hole in the Jeep’s ignition switch with the key. Finally, the metal slid home, she twisted her wrist, and the engine roared to life. Rosa popped it into gear and slammed her foot on the gas pedal. The rear tires bit into the gravel, launching her down the driveway, scattering dust and rocks in her wake.

Bio: Jessica Lee is an EPIC eBook Award winning and bestselling author of paranormal romance. She lives in the southeastern United States with her husband and son. Jessica loves writing and can't wait for that quiet time each day when her son is in school, and she can get lost in another place and world with the fantastical, sexy creatures in her head.