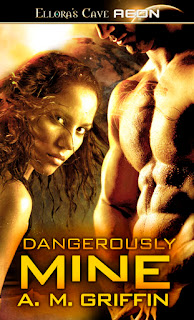 To celebrate this momentous occasion I'm giving away a $25 Amazon Gift Card!
To enter just leave me a comment and your email address. It's that simple.

Here's the legal mumbo jumbo:
Entering this contest means you have read, understood, and agree with all rules and regulations stated.- Entrants must be 18 or older (or age of majority in your country) to enter and to win.- No purchase necessary.
Void where prohibited.
All stated rules are subject to change without notification or reason given.
Chances of winning vary widely based on the number of entries received.
Prize is as stated. No substitutions or exchanges.
Contest host is not responsible to misrepresented/mistyped email addresses, spam filters, mailer daemons, and other Internet wackiness that may crop up at the time of winner notification.
Winners are final.- Contest Starts 00:01EST December 14th and Ends 12:59EST December 21st and open to US residents only participants
Winners will be notified via email, twitter, or Face Book no later than 12:00EST December 23rd Respond by date to collect prize is 14 days from notification date.


Enough of that! Now enjoy the blurb and sexy excerpt (oh, la, la)
Blurb:
After aliens invade and conquer Earth, Eva is transported to a distant slave trading planet. Escape and freedom are her only priority, but none of her martial arts training prepared her for what she faces. She finds herself enslaved to the warrior King Taio. Eva’s drawn to this sexy alien male who ignites her heart and body.


Taio is disgusted with the idea of owning a slave—until now. From the moment he sees her, he knows Eva is his for the taking. Torn between lust and duty, Taio knows nothing will stop him from protecting his little warrior.

Eva pressed her face against the rectangular window in the training room, watching the lights of unknown origin whiz by. She stood in one of the training rooms Ship had sequestered for her. After lunch, she felt more than a little stir-crazy. She needed to work off some of the tension that coiled around her muscles. It took all her strength not to get up and leave the dining hall while Taio’s gaze bored through her back. Did he really have to keep sending those smoldering looks her way?


His lavender eyes locked on her whenever she entered a room. The intensity of his gaze made her body respond in a way that she didn’t want it to. No one would ever consider her to be a coward. But there was something about the way he looked at her that had her frightened.


And that tattoo on his face. Sometimes it intrigued her and other times it made her scared. Who would allow such an intricate drawing to be completed? The pain alone would have been enough to deter any sane person from getting it, alien or not.


His body was a whole different story. It was downright criminal to have a body like his. The man had a body that would make a nun want to sin. He was tall, unbelievably so, but he was all rippling muscle.


This vessel was full of men and the only one who would give her a second glance was Taio. The thought should have given her some type of comfort. Instead of beating off twenty men, there was only one she would have to worry about. There was no mistaking his intentions. Every time he looked her way, it was as if he were willing her clothes to fall from her body. Her only counterattack so far was to stay away from him.


But she did have to agree with Ship, being under the care of Taio was for the best right now. She was fed, the dining hall was open around the clock, which was a plus. Oftentimes she found herself standing in front of the computer, requesting the buro flank with nitlick soup after everyone else was fast asleep. These were the closest thing to Earth food she could find. They had the same taste as chicken and tomato soup.


She was finally clean. Although she would have loved to feel the caress of running water on her skin again, the ionized shower hit the spot. She had clothes, which, although they were tight, were at least clean. And most of all, she didn’t feel her safety was in any type of jeopardy, not at the moment.


She wanted to find Ally, but she had to face the hard facts.


She was far away from home.


In an alien world.


Finally, pulling herself away from the window, she pulled a training bag from the corner to start her workout. Hand-to-hand combat always made her feel primal, the main reason she loved it so much.


Within minutes, her training suit clung to her body, the lightweight material not constricting her movements at all. Perspiration covered her from head to toe, her once tied-back hair hanging wet and loose around her. Her muscles thrived under the workout, coming alive once again.


Heavy breathing behind her caught her off guard. She flipped away, landing in a fighting stance facing the intruder.


Taio stood in the doorway, watching. He gave a curt nod her way, the acknowledgement doing nothing to make her feel relaxed.


“You have good skills, Eva.” He hooked his thumbs in the waist of his pants and leaned on the doorway.


“Thank you.” She relaxed and straightened, her eyes still watching him. This was his first time speaking to her since their ill-fated first encounter.


She didn’t dare move closer, especially since she still didn’t know his intentions. She didn’t move away either, fearing he would view that as a sign of weakness. So she stood her ground, her body betraying her in the worst way. Her heart sped up a little and her breathing became more labored. Now she found her nipples hardening as her name rolled off his tongue.


I know trouble when I see it.


Eva willed her body to fight against whatever “mojo” he was throwing at her.


Taio walked into the room and took a sword off a rack on the wall. He began flexing it, testing its weight. The gesture caused his arm and chest muscles to ripple with each movement.


“Who taught you fighting moves?” he asked.


“Earth,” he said as a statement, rather than a question.


She eyed the weapons on the wall. She was trained to use various fighting weapons—sais, kamas, knives, nunchakus, bo staffs and swords. She could show him a thing a two.


She walked over to the rack and took another sword off the wall.


It weighed a ton! No wonder he smirked when she picked it up. Even though she strained to hold it in both hands, she made sure not to let him know. She would give anything to smack that look right off his face. Instead, she concentrated hard on not dropping the sword. She wouldn’t give him the satisfaction. She dared not try to maneuver it as he had.


“A male taught you?” He sounded surprised.


“Yes. Thirteen Earth years of training.” Taio laughed and shook his head in disbelief. “It’s not unusual on my planet,” she said. “A male can teach a female how to fight or even a female can teach a male.”


He laughed harder and shook his head. “There could never be such a thing on my world.”


She turned away. “I earned a black belt, first Dan in Kyokushin Karate. On Earth I’m considered to be a great fighter.”


“Your people did not fare well in the war against the Loconuist. The fighting techniques of your species mean nothing to me.”


If the sword in her hands wasn’t so heavy, she would have swung it at him.


“We didn’t know how to fight them. We’d never encountered aliens before.”


“Then it is good that I will take care of you from now on.”


Her head snapped around. “I don’t need you to take care of me.”


“You were captured by the Loconuist and the Tresdonians almost killed you.”


He smirked. “Because I saved you.”


“Thanks, but I can take care of myself.”


Her eyes, squinting and cold, fixed on his. “Ship told me those assholes on that planet gave me to you. I think you got cheated. I’m not a slave. Not yours or anyone else’s.”


“If this arrangement does not suit you, I could turn the vessel around and give you back to the Tresdonians.” He turned from her and put the heavy sword back on the wall rack.


Her heart began pounding in her chest. He wouldn’t… “No. I’m not going back there.” She held her sword tightly in her grasp.


“Then you are my slave.” He stalked slowly toward her. His eyes locked on hers.


“You are mine.” He took another step toward her. “You will need to get used to the idea.”


He stopped his advancement. They stood facing each other. Her breathing came out in deep and heavy breaths. Her heart thumped in her chest.


Abruptly, he turned and walked from the room. She blinked at the empty doorway. The cold surface of the wall was against her back. She held the sword close to her chest, shielding her body. She stayed there until her arms shook from the sword’s weight.


She was no one’s slave.

Click here to pick up your copy now!
Don't forget to hop to the other blogs!