In the spring of 2011, I decided to write a book. I had this idea kicking around in my head for quite some time.


Aliens invading Earth and the madness that would ensue afterward (bwahaha). 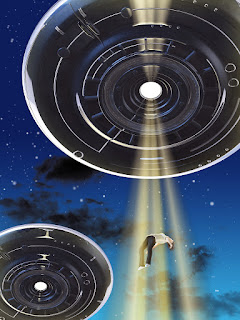 I had this girl popping in my head as my heroin. She was pretty, petite, strong willed and bad-ass. Just the type of girl I needed, she wouldn’t take an alien invasion sitting down or sniveling. 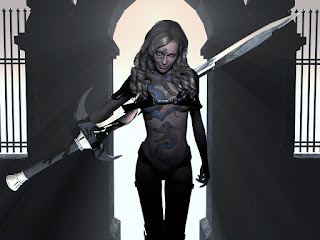 She wouldn’t leave me alone. Everywhere I went I could picture her in different scenarios, how she would react and even what she would say. So much so that while sitting in grad class I began to jot down her journey in my school notebook. In that single night I had filled roughly ten handwritten pages with notes about Eva and her backstory.


After starting, I found that I couldn’t stop. I worked on her story at work and at home until the wee hours of the night. I even began taking my laptop to class and sat in the back corner to write her story. After a month and a half I had her plotted. After re-reading it I realized that her hero was only mentioned in passing, as if he were an afterthought.


Back to the drawing board.


I added Taio into the story and with that; his personality came out more. Which meant I had to revise Eva and her reactions to his domineering personality. 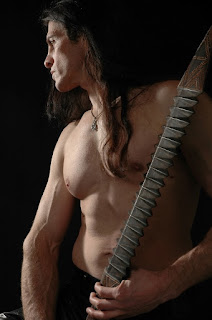 
I re-read it again. It was a story focused on the hero and heroine. Did anyone else live in this fictional planet? Uh, yes. So back to the drawing board, again. I had to add more people into the mix.


Okay finally it was done. I read and re-read it a million times. I was ready for it to be done. I sent it off to my mother to read (I had no idea there were crit groups, in fact I didn’t know what crit meant). And guess what? She loved it! It was perfect just the way it was (yes, my mommy loves me).


So instead of sending it off to a publisher, I decided to self-publish it. I used Create Space and uploaded my book onto Amazon. It was really easy to do, I was also able to log onto Amazon and upload a digital version for Kindle. How exciting was that? Very.


By October 2011, I had 40 people buy my book. WONDERFUL! People liked my book. How awesome was that? No one knew me or what I was about and they bought my book. I was doing mental cart wheels, because face it, I have a fear of breaking my wrists if I’d try a real one.


So with my confidence boost I pulled it from the web and sent a synopsis to Ellora’s Cave. Now mind you, since it was an erotica, EC was the only publisher that came to mind. Anyway, a couple of weeks later, I received an email asking for my first couple of chapters and my last chapter. Mental cart wheels were rampant in my head.


Then two weeks later I received the best email that I've ever received. My book was being picked up by EC and they were going to forward me a contract. I celebrated and man did I celebrate!


I’m going to be a famous writer! I told everyone around me.


Then, my editor sent me the pre-edits that she wanted me to take care of.


Great! I had my first edits and my first deadline. I opened up the email and read, and read again. So much stuff…so many different words being said…they jumbled together…a different language was being spoken.


I took a deep breath. First things first, I needed to go through the entire document and fix my dialogue tags.