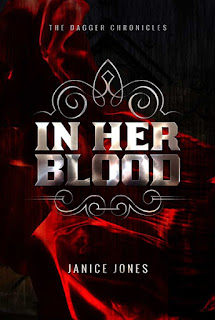 Alex Stone, an ex vampire hunting assassin, is the owner of a hot new clothing company. The only thing she's killing is her competition - until she gets a phone call from her past.


She enjoyed seeing those chains of pure silver wrapped around the vampire’s scrawny arms like tattoos. He barely resembled the picture of the old parish priest the Cardinal sent them two weeks ago. His brown skin hung from his bones like an ill-fitting suit. His paunch bounced up and down as he struggled to get loose. It took longer to catch him, much longer than it should have, but all’s well that ends well.


Alex Stone, call-sign Dagger, ran her fingers through her dark hair. Flakes of dried blood and sand fell as she pulled the dirty mess into a ponytail. Benjamin Palmer, Team Commander, snatched her wounded hand back down and tightened the field dressing as he griped at her about how dumb it was to try to catch the sharp end of a knife with her hand. She knew that . . . now.


“Who do you think you are,” he said as he gave the knot one last yank, “Superman?” Ben checked her busted lip with a shake of his head. “That’s gonna hurt like hell till morning.”


Alex just nodded, taking the pills in her good hand and swallowing them with a quick sip of warm water from his canteen.


Under normal circumstances, Alex would be pulled from the field, evaluated and possibly scrubbed from the next assignment for that stunt. But time was running out and this wasn’t normal, not even for the top vampire hunting team in the country. 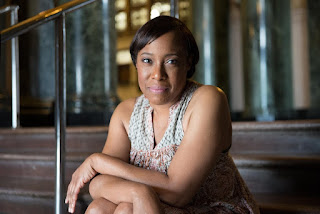 AUTHOR Bio and Links:
Being an introvert doesn’t mean you have no voice. It just means you have the ability to communicate in different ways. For new author and champion introvert, Janice Jones, that way is writing. She began by reading anything she could get her hands on, but after college, she found herself in roles that required more business-focused writing than fiction. This didn’t stop her – she continued to create her own stories to feed her passion for the written word. Honing her skills as a paralegal for several years, Janice continued to feed the beast by spending every spare minute she could creating the world of her first fictional character Alexa Stone.
In Her Blood, the first book in the Dagger Chronicles series, will introduce New Adult Fiction readers to the adventures of an ex-assassin and vampire hunter as she returns to the fight after many years of hiding in plain sight. The idea for In Her Blood came during a rough time in Janice’s life. Overcoming loss can be tough for anyone. For Janice, writing helped her focus and heal. As a tribute to her late sister, she had the opportunity to release a short story entitled “Dancing on a Sunday Afternoon” in 2009. Receiving positive feedback, she continued to write and focus on improving every way she could. Earning a Master’s in Creative Writing from Southern New Hampshire University, Janice was encouraged to finish the Dagger Chronicles series and pursue publication. Rejections came, but she never quit. Now, her debut novel will soon have a place next to some of her favorite fiction.

Be sure to subscribe to the blog and leave a comment for your chance to win!
Posted by A. M. Griffin at 12:30 AM