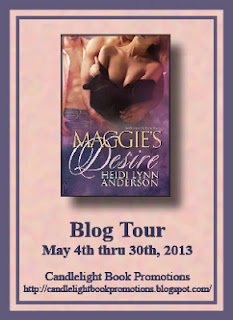 ﻿
﻿
﻿
Blurb:
Who would have thought a plan to get the attention of one man, would have Maggie Blake taking two men to her bed?

Maggie Blake has one desire, to experience what the way-too-sexy Brian O'Malley has to offer in bed. Too bad, he thinks of her as an annoyance and not as the hot willing woman she is.

Brian has one rule in life. Never let a woman too close, but club Paradise's sassy little bartender threatens to change that rule and wiggle her hot little ass into his damaged heart.


Maggie Black leaned on the bar and sighed. "For a tax attorney, the man can


moving sensually over the woman on her hands and knees center stage. Bitch.


She'd been watching Brian fuck women in Club Paradise for years. Every time his


talents got harder to ignore.


The man's annoyed tone ran like razor wire over her nerves.


She swatted at his arm. "Yeah, keep your pants on."


The man cupped himself and winked. "I'm not wearing pants."


It was a damn shame he wasn't wearing at least a G-string. His pinky-sized dick


flopped around like a dead fish. She bit her bottom lip to keep from laughing or


vomiting, Maggie wasn't sure which. She poured pinky dick his drink. "Oh, you're


not? I didn't notice," she said, handing him his Jack and Coke.


He slapped a ten on the bar and grinned. "Always good talking to you, Maggie."


Maggie saluted, checked her watch, and yawned. God, she wished she were still in


bed. Her plans for Saturday included sleeping in before she had to pick up her


friend, Nick, from the airport. They sure as hell didn't include a seven am call from


her morning bartender. The woman quit because she couldn't find a babysitter.


It was days like this being Club Paradise's manager stunk big time. She stretched


to work out the kinks in her back. Working until the wee hours last night and


having to cover the lunch shift didn't leave time for the hot bath she longed for.


Maggie tugged on her tank top, turned, and looked at the writhing bodies twenty


feet in front of her. Brian's crystal blue eyes latched onto her, holding her in place.


Sweat glistened like diamonds on his skin, highlighting every muscular dip and


valley. His perfectly cut hair dripped from his efforts. Her figures itched to run


through the midnight-colored strands.


his finger at and led up onto the stage. Maggie groaned and shifted. She wanted


Brian's hard body over hers, inside her. The desire to have his thick, hard cock


a shiver running up Maggie's spine.


Lust flashed white-hot inside her core. She watched Brian ram his hips against the


woman's ass. Maggie could hear the woman's cries of ecstasy over the cheers of


the crowd. Jealousy burned in her gut. She closed her eyes to block out the