I've been a busy bee. (look at me being all productive and shit). I have 3 new releases coming up and of course I'm waiting until the last minute to get my stuff together. Scheduling tweets, putting together newsletters, reaching out to book tour companies and writing this blog post takes time. Probably 'tis why I always wait until the last second and then run around like a crazy person trying to pull everything together.

This life tho, I wouldn't change it for the world. 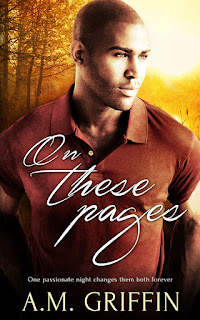 
She’s a widow. He’s a reformed player. One passionate night changes them both forever.

Toni Harrison isn’t buying anything Ahmad Espen is selling. Everyone considers him the savior of the African American community but she knows him as a heartless player and plans to steer clear of him. The only problem is her sister and Ahmad’s brother are smitten with each other and despite Toni’s attempts otherwise, she constantly finds herself in Ahmad’s presence.
Ahmad understands why Toni is wary of him, but he’s a totally different man from the boy she knew in college. Now he’s determined to push past all her defenses to gain her trust. When he finally does, one passionate night with her confirms she’s the perfect woman for him.
Yet it seems there’s no fairy-tale ending for them, as Ahmad and Toni find out the hard way. Someone is out to destroy their relationship, along with Ahmad’s good name and Toni’s privacy. Once more Toni has good reason to distance herself from Ahmad, since he blames her for the whole mess. Heartbroken again, she walks away, and by the time he comes to his senses, he realizes it may well be too late to rewrite their love story to give it a happy ending.

Once A Thief, Always A Thief
The Undercity Chronicles of Babylonia Jones, P.I. (#3) 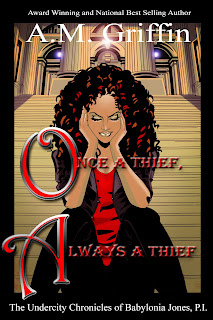 Urban Fantasy
Three Twenty-One, LLC
July 19, 2016
I’ve solved cases for the most powerful Vampire in the Undercity and for the Lycan Alpha, proving my worth as a PI. Despite being a half-breed and unclassed, work should be rolling in…
Yet it isn’t, and I don’t know why. And as if that’s not stressful enough, my mom starts acting so weird it makes me suspicious. Friends say she’s just starting to live a little—maybe even, ugh, found a boyfriend—but I’m not sure. So what’s a PI to do? Investigate, of course. I mean, come on, Momma’s taken care of me my whole life. Now it’s up to me to make sure she’s okay.
What I discover is so outrageous it leaves me reeling, but I don’t care if once a thief, always a thief, there are some things too precious to allow to be stolen. I’ll do whatever’s necessary to make things right, even walk away from everything I’ve achieved—and the Undercity itself.
BUY LINK
In Danger's Embrace
Cimmerian Moon, Book 3 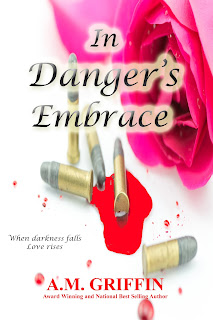 Young Adult
Three Twenty-One, LLC
June 7, 2016
In many ways, my life is complete, or as complete as it can be with aliens roaming Earth, killing and enslaving humans. Jason, my love, is by my side, and my friendship with Wade is back on track. Even better, it seems the threats of annihilation from the aliens have turned out to be nothing but hot air.

Yet, despite the peace of our Arrowwood refuge, there is still a war waging outside, something I’ve tried not to think too much about. Just as I’ve ignored the fact that a sanctuary can also be a prison, or a tomb, we are forced to step out of safety and live or die, in danger’s embrace.
BUY LINK
Posted by A. M. Griffin at 4:25 PM